Snake tattoos have have been a stable motif in the tattoo industry ever.

Whether they are combined with roses, skulls, and daggers in the traditional American style, or used a part of elaborate floral, combined with a mandala, feather, moon, phoenix, or geometric tattoo art, they are a flexible element with a rich symbolism.

Even though they can hold somewhat bad connotations, they have many positive meanings in different cultures over the world. Likewise, their representation can range from zoomed-in realistic animal tattoos, all the way to gentle minimalist line work.

If you are looking for ideas, feel free to jump to the designs below.

Serpents In Mythology From China To Egypt

Snakes or serpents are believed to be one of the oldest symbols being used in mythology, religion, and art. Accordingly, it appears in Egyptian iconography, it’s one of the most important symbols in the Bible.

In China, it is one of the astrological symbols – everybody born under the snake sign is said to have massive wealth and live a good life (contrasting to strength and power to those born in the year of the tiger).

Depending on culture, in some places on the Earth snakes can be seen as foe or friend, a symbol of life or death; truly dualistic element, just like the dragon.

Interestingly, before our fear of snakes came into being, people actually considered snakes as creators and protectors of Mother Earth and humanity. The vast examples of snake Gods in old civilizations showcase that and the artefacts representing them innumerable. That said, they were benevolent before they became malevolent mostly with the help of Abrahamic religions.

Christians view it as a dangerous, trouble-making animal, given that it was the devil in disguise as a snake tempting Eve in the Garden of Eden.

Nevertheless, due to some snakes being one of the most poisonous ones, they are respected animals. In many myths, serpents are a symbol of the Underworld.

In other culturese, snakes are connected to wisdom and knowledge, such as in ancient Greek mythology.

In some African communities, especially in Nigeria, rock python is considered sacred and it is strictly prohibited killing them.

In Eastern Indian myth the Sanskrit word for snake is naga and these are associated with the element of water. Nagas in this light are considered a feminine aspect and embody nurturing benevolent, wise qualities. To this day, it is a common Hindu understanding that all nagas protect all water sources.

In ancient Aztec tradition, the chief god told people to settle at a place where they find an eagle perched on a cactus eating a snake. This place is now Mexico City.

Many symbolicisms related to snake being a symbol of rebirth, change, or even immortality, are drawn from the skin-shedding properties of the snake. 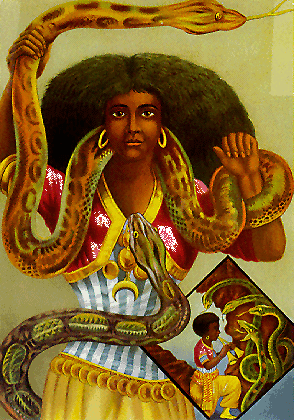 Every Tattoo Has A Story – Typical Snake Symbols and Meanings

Whether good or evil, there is no doubt that the snake is a powerful symbol and reptile that has evolved since the age of dinosaurs, or if religious, from the very Garden of Eden itself, alongside ravens.

In Native American culture, when the snake shows up as your spirit animal, it generally means:

Some other meanings include:

Snakes are predator animals, where some breed possess the most powerful and deadly venoms on the planet. That has helped shape their meaning as dangerous in the Judo-Christian cultures.

Another typical Christian meaning of snakes is temptation and sin, that relates back to the Bible stories of the forbidden apple.

However, across many cultures, the snake is a symbol of fertility and creative life force, due in part to the snake’s phallic shape.

The ability of a snake to shed its own skin means that it can be interpreted as a symbol of rebirth, change, transformation, or healing.

The Ouroboros (an image of a snake eating its own tail) is an ancient symbol that originated in Egypt and can represent the circle of life and death and rebirth. It symbolizes the changing seasons of life and the cyclical nature of the universe.

There are two medical symbols with snakes – one is the Caduceus, and the other is the Rod of Asclepius. The caduceus is a symbol with a short staff entwined by two serpents, sometimes surmounted by wings while the Rod of Asclepius is the one with a single snake. Moses, around 1400 BC, used the bronze serpent erected on the pole to cure the people who were bitten by snakes.

What Does Each Snake Symbolize?

Different snakes have different meanings depending on the part of the world. The indigenous people have considered some of them as strong symbols if they were to appear in dreams, as totem animals.

Below are some common interpretations of snakes in media and culture:

Known as the ‘rattler is a symbol of potency and fertility. With its strike which is as fast as lightning, it has been associated with rain because rain enters the earth and bringing forth life. The rattle is a symbol of death and transformation since its venom can turn one nearing death to life.

The cobras, which are the most poisonous snakes, are seen to be the most sacred with cobra seen as the largest venomous snake in the world. In India, the cobra is held sacred and a totem for the indigenous people.

It is a symbol of power and many myths tell of it sheltering god Buddha from the sun when he slept.

In Egypt, the cobra represented several ancient deities, and Cleopatra is associated with it but it is said that she used the venom of the cobra to end her life. A cobra found in the tomb of Tutankhamen was believed to be a protector.

Considered as especially treacherous snakes, vipers have different symbolics attached to it:

In many religions across Africa, pythons represent something sacred and revered.

In Nigeria, it is also still common to see such beliefs and religions. In those places, killing a python is forbidden and often attracts very serious penalties such as human-like funeral rites for the killed snake.

Snake tattoos are a versatile tattoo idea, that depending on its size can be placed on any part of the body.

Small snake tattoos are usually placed on the neck, or even face. Big snake eyes are often seen on biceps or shoulders.

Some typically large snake species, like pythons, are used as inspiration to do a whole body snake tattoo, spanning from ribs down to feet.

Japanese snake tattoos are usually done as a part of a sleeve or whole back piece.

Its versatility is also proven by the fact that it can be as tiny as a finger tattoo, with one small line representing a serpent.

To help you with your research for your next tattoo design, we went on a hunt through Instagram to find the best snake tattoo ideas.

Are you looking for a custom snake tattoo design? We got you. 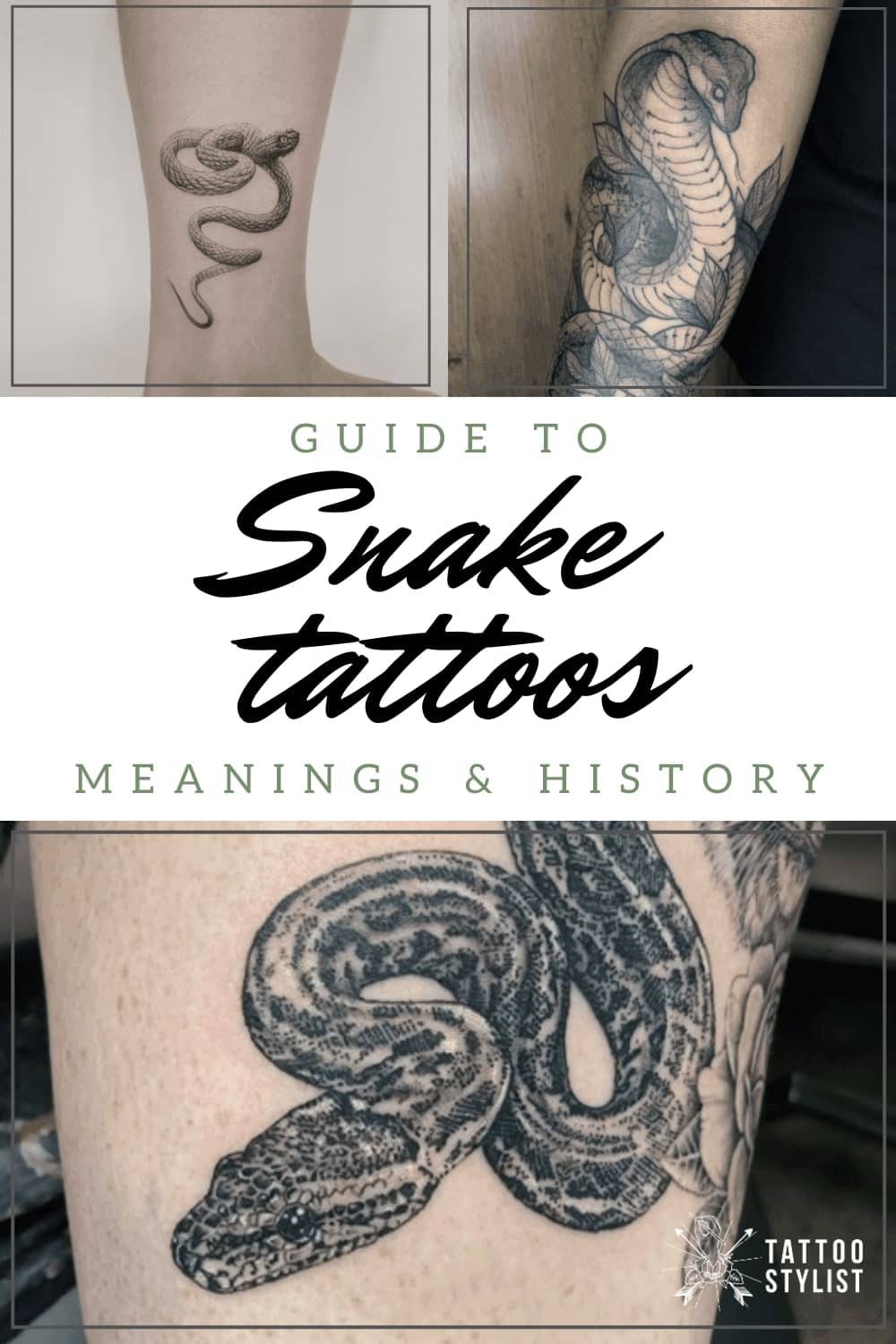