The bear is a symbol for strength, courage and tenacity. In popular culture, they are connected with gentle friendship through teddy bears, and very docile follower.

Its love for honey makes it even amusing, in all its majesty and symbolism of power and dignity. In tattoos, bears are commonly portrayed with a jar of honey and bees buzzing around.

Bear is an element of folklore and legends across the globe, from Asian mythology all the way to North American and European cultures. It is an inhabitant of these continents, which makes it a very early element known to man from these lands.

It goes as far as identifying of the man with this large animal walking on both four and two legs. There are several explanations, some stating that the man respected bears as ferocious predator – both fast when chasing its prey, but also strong and powerful.

In many indigenous stories, the animal was seen as a transformed human that was a close intimate of humans.

With their tremendous physical presence and charisma, they play a prominent role in the arts, mythology, and other cultural aspects of various human societies, and as such in the animal tattoo world, too.

If you are looking for bear tattoo ideas, feel free to jump to the designs below.

Every Tattoo Has A Story – Bear Symbols and Meanings

In myth and lore, different bears can symbolize different things.

The bear is associated with many powerful and positive characteristics – primal power, sovereignty, intuition and instinct, much like it’s African fellow lion.

The bear serves as the icon for strength, the fourth element of heroism.

Because bears have existed in so many parts of the world, bear meanings and symbolism appear in the art, legends, and folklore of a variety of cultures around the globe.

Here are some common traits that bears symbolize:

All The Bear Necessities

Even though their influence on the human culture is so big, there are actually only 8 bear species of the world:

Different species of bears have a different symbolism and character traits attached to them.

Black bears, for example, are more tolerant of people and being in proximity with other black bears.

Grizzly bears, on the other hand, prefer to stay further away from people. They are more likely to defend themselves when threatened, while a black bear is more likely to retreat.

Bears spend most of their waking hours looking for food. While grizzly bears and polar bears are capable of taking down large prey, such as elk or caribou, more often they hunt smaller animals, such as rodents or salmon.

When it comes to eating habits, pandas have evolved over millions of years from being meat eaters to being nearly 100 percent vegan.

Bear As A Spirit Animal

As a spirit animal in the Native American culture, the bear is an excellent teacher of balancing out your strength and power, just like the tiger is in the Asian cultures. When to exert it and when to revert to diplomacy.

The bear looks docile and clumsy when on four feet, almost small. That’s why teaches you to stand tall when you feel small. On its two feet, it’s a mighty creature feared by many.

You have the capacity to stand tall, show power and authority, even although the world has seen you crawl.

Bears are extremely protective animals, very much likes wolves, and the trope of the mama bear is very common. Extreme protectiveness of your loved ones is a lesson of your bear spirit animal – your family members, loved ones and close friends.

This protectiveness can also be poured into protecting your ideas, ideals and truth.

Bears do not like surprises. These laser-focused hunters can be completely entrenched in their hunting activities, becoming oblivious to their surrounding.

That said, it’s very easy to sneak up on them and scare them, when they can go into protective mode.

In addition, the bear spirit animal tells us to be open minded, to be willing to try new things, and to seize opportunities when they come. Bears are both practical eaters and inquisitive gourmands.

The constellations Big Bear and Little Bear, also known as Ursa Major and Ursa Minor, are the inspiration behind the Greek myth about Callisto, of which, there is also a Roman equivalent.

Bears appear in a number of ancient Celtic and Anglo Saxon stories. The Celtic goddess Artio was known as a bear goddess. According to Judith Shaw in the blog Feminism and Religion, for the Celts, Artio was the goddess of wildlife, transformation, and abundance

Folklore experts also speculate that King Arthur’s name was inspired by the Romano-Celtic god Mercurius Artaius, who was possibly a bear god. Bears were considered the king of all animals, thus many great kings were thought to be descended from bears.

The term “berserk” was inspired by none other than bears. In the ancient Norse language, berserkers were warriors who went into battle wearing bear skins, or “bear coats,” and fought in a trance-like fury.

The god Thor is also associated with a bear, and his mother was considered to be the mother of Earth. Bears are often depicted as protectors in Norse folklore – symbolizing females who are calm and strong, but if pushed, will become extremely aggressive.

Mother bears are affectionate, protective, devoted, strict, sensitive and attentive with their young. Not unlike people, bears can be empathetic, fearful, joyful, playful, social and even altruistic.

“a mom who can be cuddly and lovable but also has a ferocious side when it’s necessary to protect her cubs. Can be biological mom, or the head of a group.”

That said, it’s no wonder mama bear tattoo is a common choice for people trying to depict their loving mothers and their siblings, or mothers trying to symbolize their motherhood.

Bear tattoo design, depending if it’s a smaller size, or a big elaborate scene, can be inked on different body parts.

Many use the roaring bear as a chest or shoulder tattoo, to signify their strength and willingness to face any challenge.

Due to this animal’s size, it can easily be used for a big back tattoo, or cover a larger portion of an arm or leg sleeve tattoo as a part of the scene or a tribal tattoo.

To help you with your research for your next tattoo design, we went on a hunt through Instagram to find the best bear tattoo ideas.

Are you looking for a custom bear tattoo design? We got you. 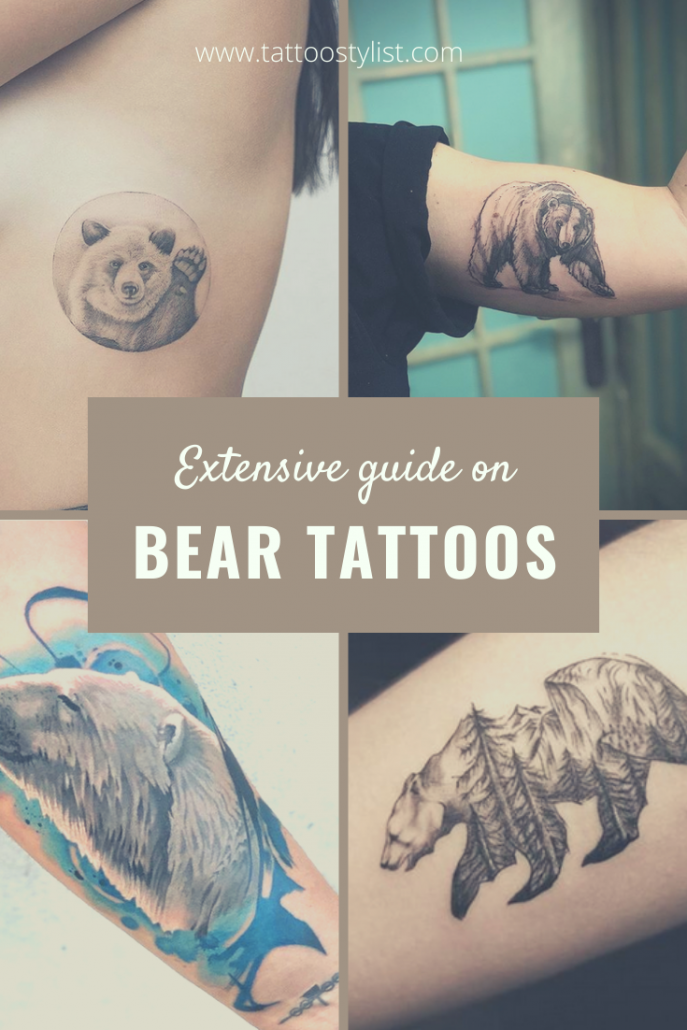 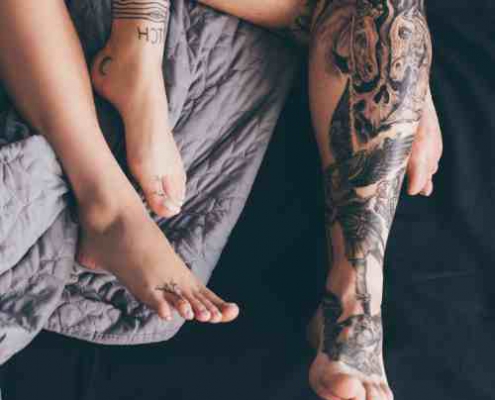 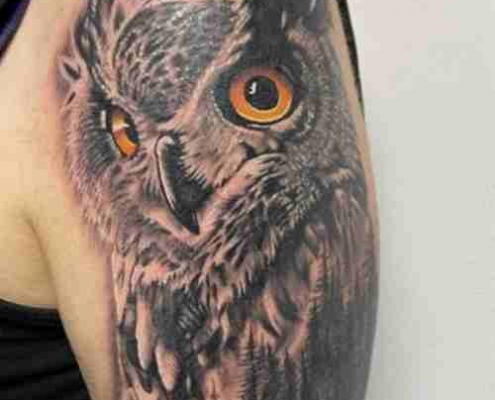